These pincushion sewing kits are based on ones my mother made for a craft fair a long time ago. 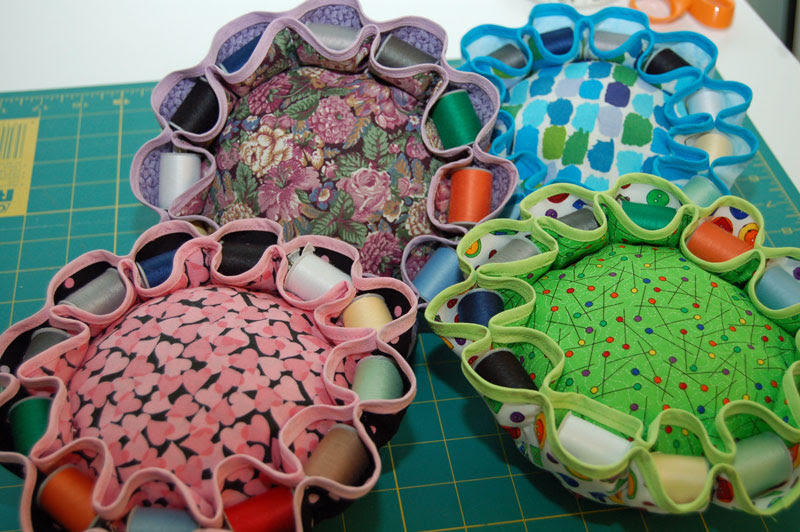 I used one my mother made me as a guide to make a few as gifts for Christmas. The plaid one in this picture is my kit, along with some supplies to make new ones. 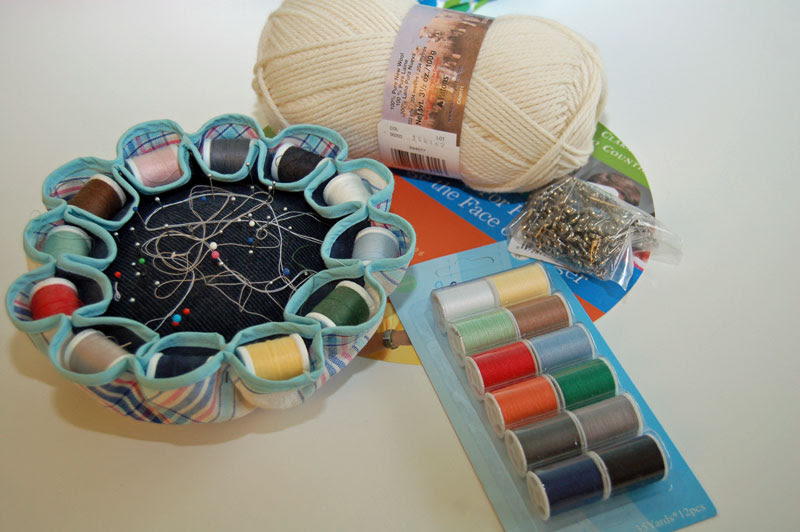 They’re quite easy to make and a good use for the novelty fat quarter fabrics you bought because you couldn’t resist the cute patterns or fun colors! I found the hardest part was choosing which fabrics to use because I have quite a nice little stash. 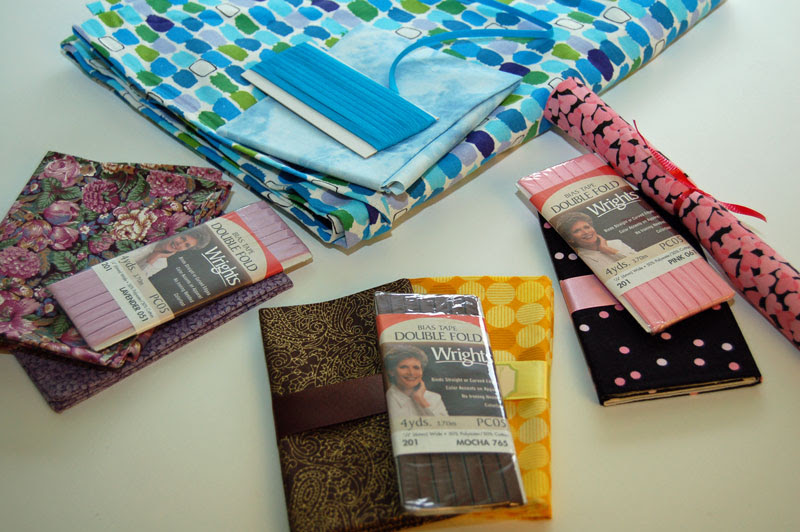 Since I was making a few of these, I made a template out of card stock (actually, I recycled the cover from a booklet that was being thrown out). There are several marks to be made, so a template is a good idea.

To make the template, use the compass or trace the plate or bowl to draw the outer circle. Draw or trace the smaller circle inside the larger one. Now divide the circle into 12 sections. Tip: if you have a quilting ruler, it might be marked with a 30 or 60 degree line which you can use. Using a utility knife or scissors, cut slots on each of the 12 spokes. Cut the inner circle like a stencil so that the whole template doesn’t become distorted. 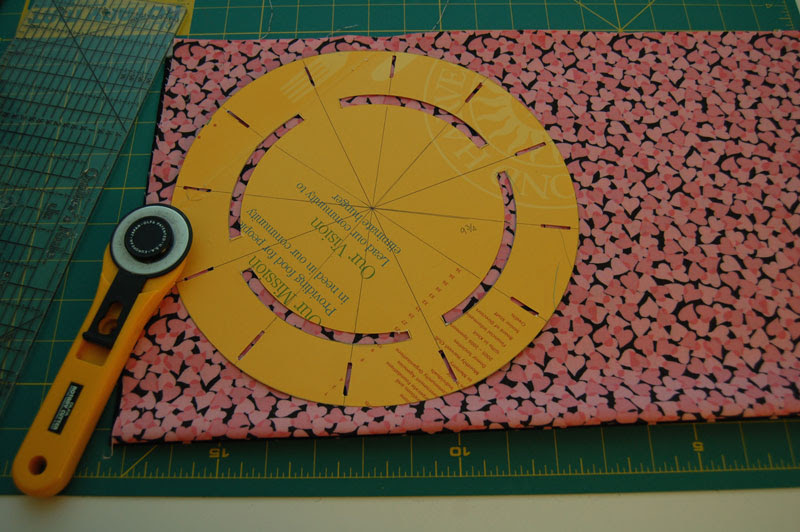 Use the template to cut 4 circles, 2 in each fabric if you are using contrasting fabrics. On one of the circles, mark the inner circle and each of the 12 spokes in chalk.

Match wrong sides together of the like fabrics and sew on the binding. I like to use my edge binding foot to sew on binding. I set the right edge of the binding against the metal edge of the foot and move the needle over to where I want to stitch. This works really well for skinny binding. 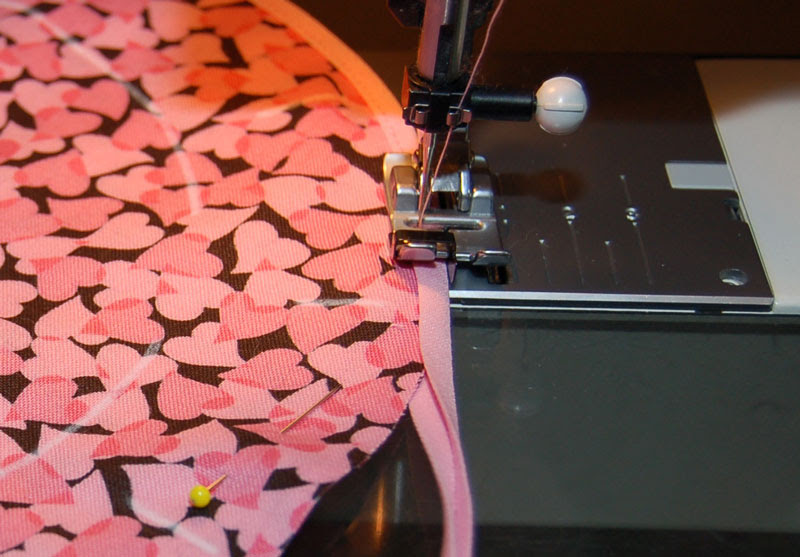 Now place both fabric circles together and stitch most of the way around the inner circle, leaving about a 2-2½” opening. Tip: start at one spoke and stitch around the circle to the 11th spoke. This will leave a gap and one spoke to sew after you’ve stuffed the center. If you plan to use safety pins between the threads, skip the next step and move on to the stuffing, otherwise, stitch the pockets. Stitch from the outer edge to the inner circle, but leave a gap for the elastic. You’ll have to do this in two steps, stitching one side of the gap and then the other.. Do not sew the 12th spoke opposite the opening. 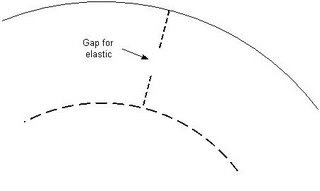 Stuff the center with cotton fill or wool yarn. With a zipper foot, stitch the circle closed. Stitch the 12th spoke unless you’re using safety pins. 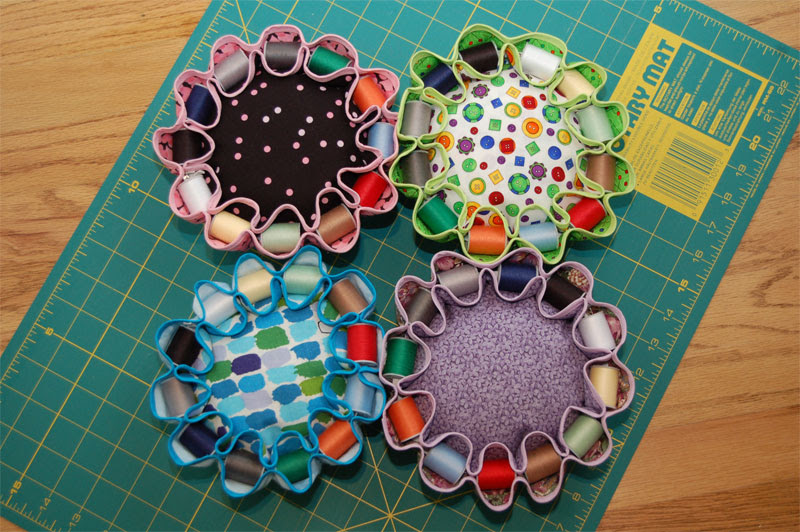