You can't reflect on this past year without talking about Covid. I have been very fortunate to be able to work from home and have the means to have groceries and other items delivered rather than go out to purchase them in person, so my exposure has been limited, and to the best of my knowledge I have not ever contracted the virus. However, a work colleague died from it just two days after Thanksgiving. He was due to retire at the end of the year and had a family. I was looking over some computer code he wrote for me just yesterday (very well written, too), and it saddens me greatly that he passed away too soon from his life. He was a really nice guy.
Another sadness is that we lost our beloved furry buddy, Felix, in early December. He lived a good, long life and we so enjoyed having him in ours.
Moving on...
I had a very crafty-filled year, most of which I wrote about in this post, so I won't repeat it here. I splurged on a number of new "toys" - partly out of retail therapy because of feeling cooped up but mostly because I wanted them.
And believe it or not there were things I didn't own yet. This Cricut Maker was a Christmas gift that arrived this week. Not a great picture of the machine, but the picture was more meant to show off the snowflakes I made - my first project after cutting out the sample blue bear. It's fun! I think my next project will be to cut out some lettering to label some drawers that store sewing supplies. It'll dress them up a bit more than boring label-maker tags. I'm also excited to use this to cut small fabric pieces, either for quilting or machine embroidery applique.
The rest of my Christmas gifts were mostly either items to sew with, like bobbins, sewing machine feet, embroidery hoop, or books on knitting. Two books on Norwegian-style knitting!
And speaking of knitting, I finished one sock today: 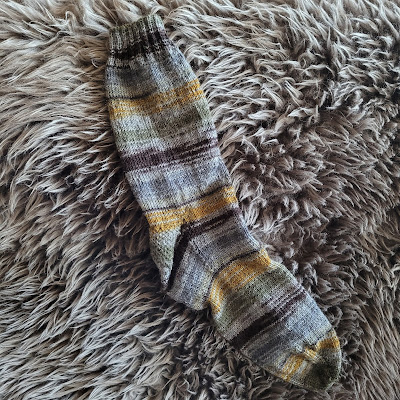 Last week I finished sewing a Christmas-themed potholder. Another one just needs the binding. Maybe I'll get to it tomorrow. 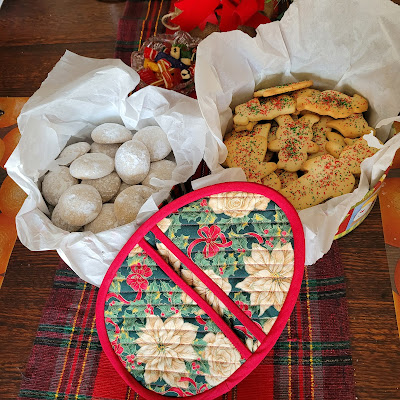 I've always wanted to crochet snowflakes, so I gave it a go. I don't know that I'll ever make all 100! Haha! 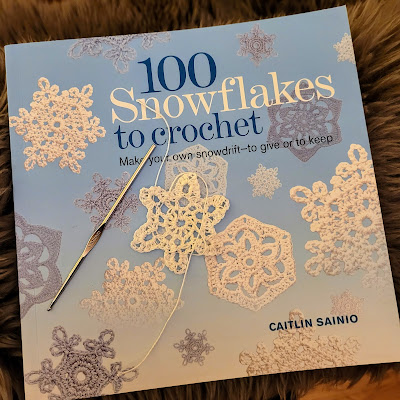 And on this New Year's Eve, I also spent some time spinning: 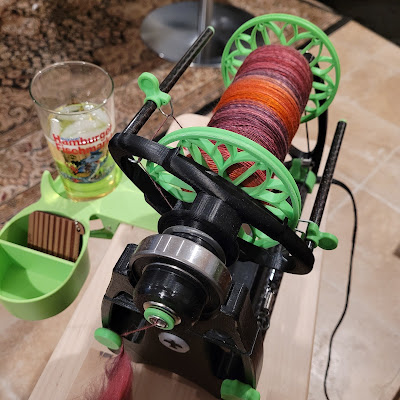 So what's in store for 2021? Well, one things for certain, I will do more knitting, sewing, embroidery, spinning, and weaving. And now that I have this new Cricut, I might do a little scrapbooking. I still have plans to do some fiber dying with natural materials - I received an indigo dye kit and some madder plant material at my spinning guild gift exchange.
Happy New Year!!
Posted by Lori on 1/01/2021